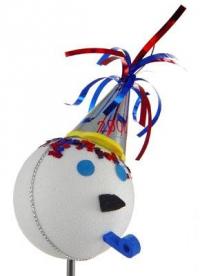 It has been awhile... Anyways, has anyone noticed if Study Storm #1 today has been a bit... on the slow side? Maybe it's just me, but this has started happening since 8am and might be related to the Google Chrome update. Anyways., just checking to see if others had this slow loading problem. Thanks!

Update 1: So it is a little better. However, the initial loading from TT and then to the secondary routing to the pre-screener is still slow, but the surveys run fine. It is weird. And some surveys will load into the pre-screeners normally. it is mind-boggling.

Update 2: So it seems to be getting a little better. Now it is just the initial loading screen being slow mostly.

Update 4: The issue has returned, but now far worse. Taking 3 - 5 minutes to load the survey and 3 - 5 minutes to end the survey. This is very frustrating... My suspicion, the pepper flash player is junk. It keeps uninstalling and reinstalling daily, so it seems. This is my only thought as I seen it pop-up every day I log into TT on the Study Storm side. However, this and 6 days ago were the worse with today being absolute worst day ever in waiting to get bumped from a survey to wait 5 minutes to get that message is just too long to wait for a few cents. A survey that says it will take 5 minutes ends up being 10 - 15 minutes. just cause of routing issues is unacceptable. And the kicker is that even some successful surveys will often lose contact and drop out without proper payment because of the timing out cause it's taking so long to load. I lost 7 surveys cause of that which mounts the frustrations more.

Update 6: And again kind of back to normal. The TT loading into the Study Storm section is actually faster then normally. The initial pre-screener loading from TT to YourSurveys (YS) taking 1 minute now as per the usual up to 30 seconds. And rerouting back after successful completion from the survey back to the YS host taking up to 1 minute as per the usual 30 seconds. This is mind-boggling, however expected from the year 2020.

Update 7: Loads fine now. However, successfully completed surveys still timing out back to YS host without credit for completion.